Dino Island: The therapeutic game for children with neurodevelopmental disabilities

Home>News>Dino Island: The therapeutic game for children with neurodevelopmental disabilities

Dino Island: The therapeutic game for children with neurodevelopmental disabilities 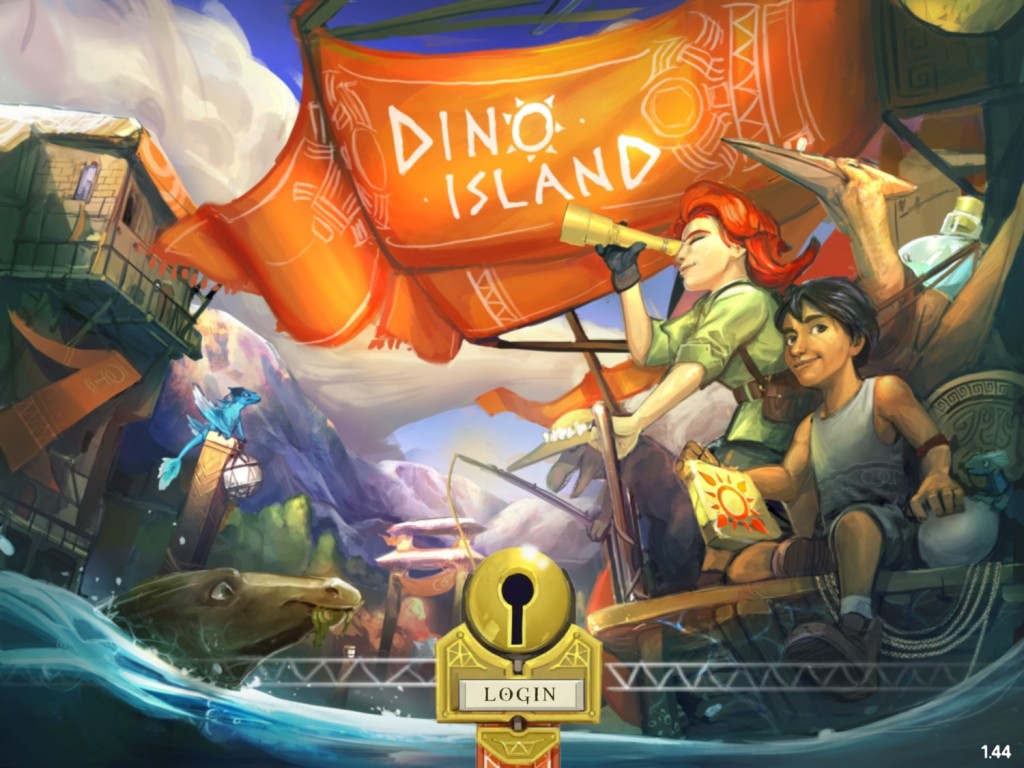 When a child logs into Dino Island, their first step is to design an alias before jumping into a world filled with mythical creatures and erupting volcanoes. Their job is to complete a series of tasks and collect coins along the way. While this might sound like the premise of any great video game, Dino Island is unique.

Termed a “serious game,” Dino Island is specifically designed to improve attention, working memory, and executive function in children with neurodevelopmental disabilities. The game—which was initially developed at the University of Victoria’s Psychology Department—is rooted in neural science, based on the understanding that if the brain is constantly engaging in a particular skill over and over again, the neuropathways that support that skill are strengthened and connections in the brain are rewired. Kids Brain Health Network has supported and funded the project throughout its inception and development.

One of the games in Dino Island is focused on attention switching. In the first level, a child receives clear cues to switch back and forth between collecting different types of fruit. In the next level, distractors come in, which teaches the child to collect specific fruits while ignoring others. As the child progresses the cues become less obvious, and they’re eventually challenged to inhibit their natural tendencies (for example, they need to have a red dinosaur collecting green fruit, rather than following their natural instinct which would be to have the red dinosaur collecting red fruit).

“You go from this really simple switching where the game just tells them what to do, to having to monitor and figure it out themselves, which gets into more of the executive functioning and higher order aspects,” explains Dr. Sarah Macoun, assistant professor of psychology and neuropsychology at the University of Victoria, and one of the lead researchers on the project along with her colleague Dr. Kimberly Kerns, Professor Emeritus of psychology at the University of Victoria.

The validated approach behind Dino Island was first used on adults who had suffered traumatic brain injuries and was later expanded to treat brain-based disorders. After some time, researchers started to hypothesis that using a video game format to deliver the therapy would be most effective.

“We know from the literature that having something [like video games] which are more interesting and engaging and salient drives neural change faster,” says Dr. Macoun.

The game is now delivered on a tablet and is hierarchical, meaning it starts from easier aspects of attention and executive function and moves to more challenging skills. It is also adaptive and provides sufficient repetition in order to be rehabilitative, explains Dr. Macoun.

In the past, delivering these types of therapeutic interventions required a trained—and often expensive or inaccessible—expert to deliver it. Dino Island has been programmed to track a child’s performance and ensure they’re always working at a level that challenges them, which eliminates the need for a professional to administer it. Instead, the team has developed a training module that parents, educational assistants, or support workers can take, who then act as the interventionists and sit alongside the child while they’re playing.

The role of the interventionist is to encourage the child and help them come up with strategies to pass levels. For example, a child could be struggling on a level that’s targeted at working memory. The interventionist could then suggest that the child try making up stories about items on the screen in order to remember them or say out loud what images they’re seeing. If the child is getting overwhelmed, the interventionist might coach them to take deep breaths or go for a walk.

“The interventionist isn’t doing the task for them; they’re introducing something to the child and helping them decide which strategy works best for them and then reminding them to use that strategy,” says Dr. Macoun.  “And in addition to that neuro rewiring that comes from that repetitive hierarchal graded exercise, they’re also learning strategies to maximize their focus and thinking skills.” 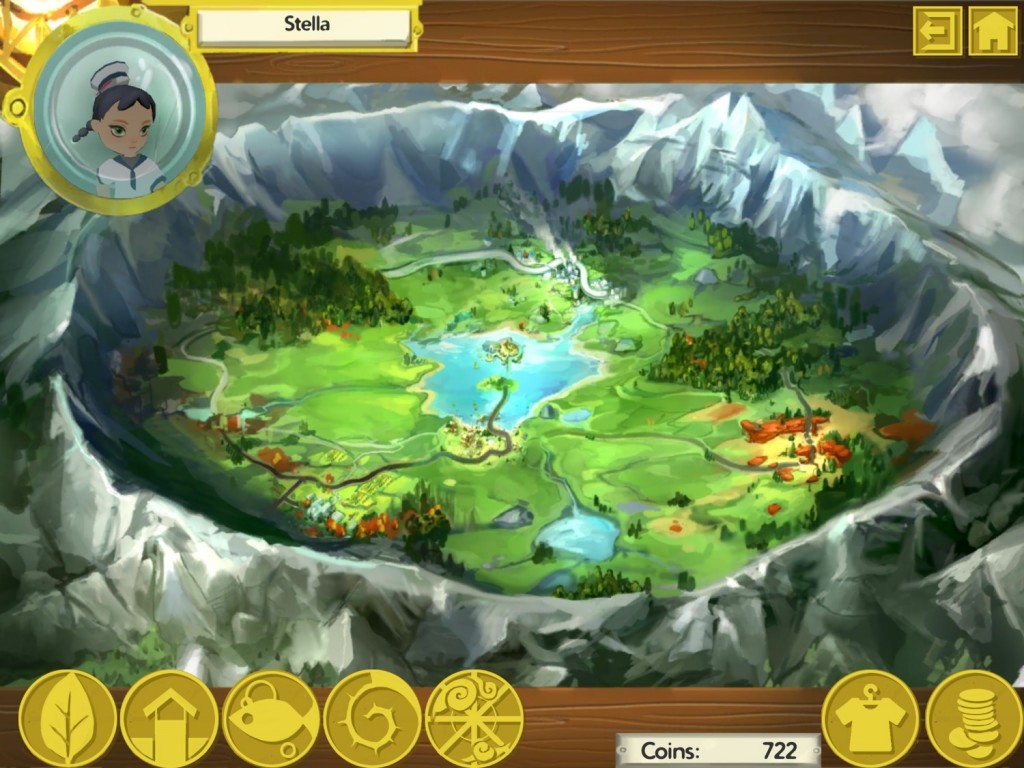 The team has already completed small pilot studies on Vancouver Island and the Lower Mainland for both Dino Island and its predecessor Caribbean Quest, which have shown positive results. In one instance, a little boy who used to hide under his desk whenever he made a mistake in the classroom started saying “oops” and was able to let frustrations go, a skill he learned while playing Dino Island.

“What we see in our research is that initially the interventionists are teaching the strategy to the child and prompting the child to use it, but then later on the child starts to use that strategy spontaneously,” says Dr. Macoun. “They’re using those strategies in the classroom and other settings outside of Dino Island when they’re having to focus or remember information.”

The team will start a large randomized control trial with the Surrey School District and Centre for Child Development in the fall, which is being supported by Kids Brain Health Network. Tests on cognition and academic performance will be done, and data will be collected on behaviour and brain function for both control groups and experimental groups.

Dr. Macoun says Dino Island is intended for children preschool-age up until about 13. The team currently estimates that the game should be played for about 20 hours spanning over the course of two to three months.

Early versions of Dino Island were designed with FASD and autism populations in mind, but Dr. Macoun says Dino Island can benefit almost any child with a neurodevelopmental disability.

“If we look across the population of children with neurodevelopmental disabilities most of them have challenges with respect to attention and executive functioning,” she says. “We’ve used the game with children with ADHD, learning disorders, and seizure disorders.”

And while other video games on the market might also be beneficial to children with brain-based disabilities, Dr. Macoun says Dino Island is unique because it was developed from a neuroscience perspective.

“A lot of the games out there aren’t based on strong scientific principles or developed with those in mind, and they also aren’t properly validated,” she said. “So there’s a lot of stuff out there that on the surface looks like it would be a brain exercise but if they aren’t developed from a strong scientific root, we don’t know if they’re helpful or not.”

The end goal is for Dino Island to be an accessible and affordable video game for all children with neurodevelopmental disabilities, with a special focus on having it available in schools and in remote areas across Canada that often lack resources. The team is also looking to test the intervention on other at-risk youth, including participants from disadvantaged backgrounds.

Dr. Macoun says the next step is expanding to schools in B.C.—starting with Vancouver Island and the Lower Mainland—followed by Alberta, and then likely Ontario, with the intention of eventually having the game accessible in homes, schools, hospital rehabilitation settings, and other community settings across the country. The plan is to also expand its delivery to more populations, including children with learning disabilities, ADHD, and people with traumatic brain injuries.